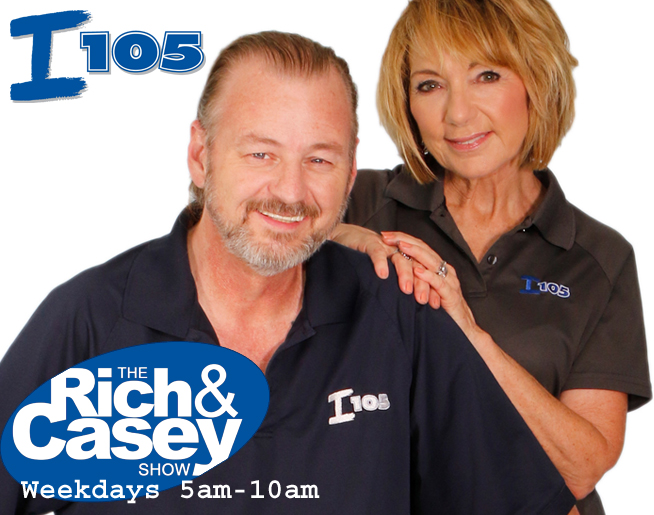 Hi, I’m Rich and am originally from Washington D.C. but was mostly raised here in Central Pennsylvania. I’ve been broadcasting here at WIOV-FM since 2008. Although radio is the occupation I’m doing right now, I’ve also worked at Gino’s/KFC, washed dishes, poured concrete, Truck Driver, video store clerk, Nurse’s Aide, Paper Boy, Pizza Hut and packed Dried Apricots. I imagine when Casey has had enough of me, I can always go back to any one of those. When I’m not here talking into a piece of metal, I’m running, bingeing on Netflix, Hulu or Prime, or hanging out with my wife Fran and our four leggers, Turbo, Dor Dor, Porch Kitty and Baby.

Casey started at WIOV as a part-timer in 1984 and became the morning show co-host in 1990. Her morning partners included Big John Allen, Paul Scott, Doctor Mark Daniels, Brother Weems, Cadillac Jack, Jim Cooke, Jerry Murphy — and now she’s enjoying working with Rich Creeger. In that time, she has ‘produced’ 28 editions of her cookbook – A TASTE OF PENNSYLVANIA, COOKING WITH CASEY.  She asks listeners for recipes and then assists with the lay out of the cookbook.  Once 5000 cookbooks are printed, she goes ‘on the road’ to do cookbook signings each year. Casey also developed and organized many years of the ‘HomeParty Kickoff Show’, where home based businesses were able to present, sell and recruit.

Casey also is a local actress, performing for many years with numerous organizations including the Ephrata Playhouse In The Park, Gallimaufry, Theatre of the Seventh Sister, and Rainbow Dinner Theatre.  You may also catch her in a few television commercials.

Casey loves the beach and is an avid reader. She and her husband John enjoy walking every day – and checking out new restaurants and breweries.  She is also passionate about animal welfare, encouraging adoption . . . . . which is how Mia (who is 18 years old!) became a member of the family.

Casey grew up just outside of East Petersburg and was a cheerleader at Hempfield High School.  She and John have three children, Zachary, Abigail and Hanna.  Thanks to Zach and his wife, Sara, they also have two grandsons, Kai and Rio.

Casey Allyn also has her own weekday show from 10:00 to 2:00.
Contact Casey at casey.allyn@cumulus.com.

Kelly Clarkson is conducting a search for a “Kellyoke” duet partner.  She’s holding auditions in person and over TikTok.  Some of the best performances will be featured on “The Kelly Clarkson Show”.  John Stamos inadvertently wore one of Bob Saget’s shirts to Jodie Sweetin’s wedding, so Bob ended up being there in spirit First Lady…