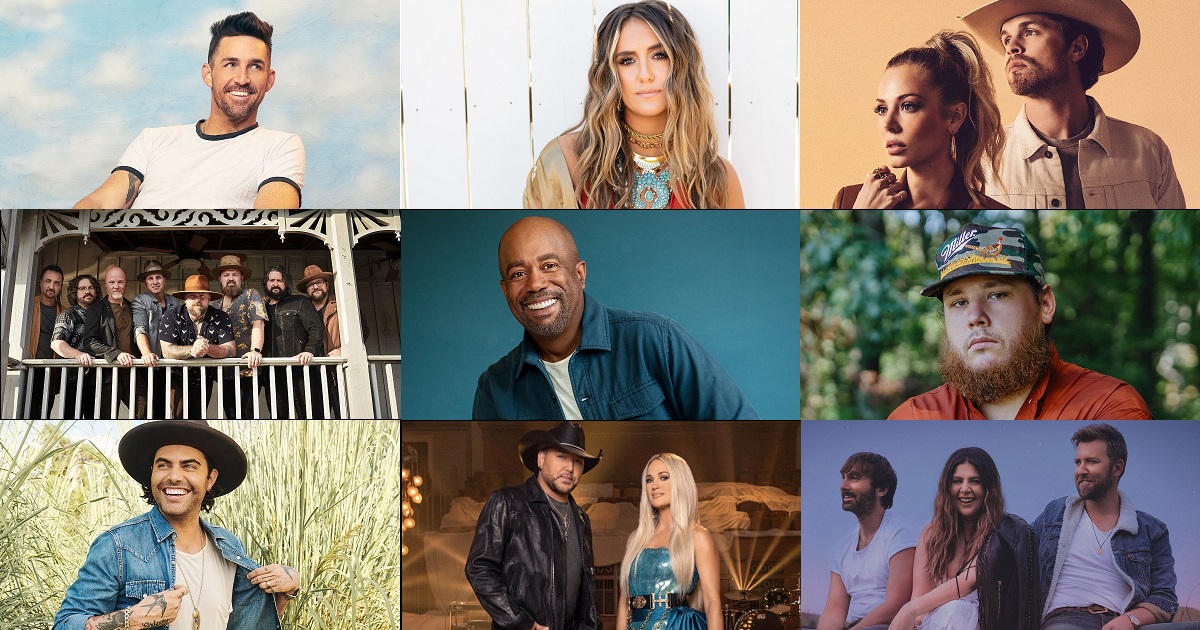 1 song went to number-one twice – Jason Aldean and Carrie Underwood‘s “If I Didn’t Love You” hit number-one – lost the spot and then return to the top for a total of 3 weeks.

Speaking of returning to the top spot on the Billboard country music airplay chart – Luke Combs took 4 songs to number-one in 2021, totaling 13 weeks – more than any other artist. “Better Together” claimed 5 weeks, “Forever After All” was 6, “Cold Beer Calling My Name” with Jameson Rodgers, and “Cold As You” both had one week stays at number-one.

Check out the full list of number-one songs on the Billboard country music chart for 2021, here…